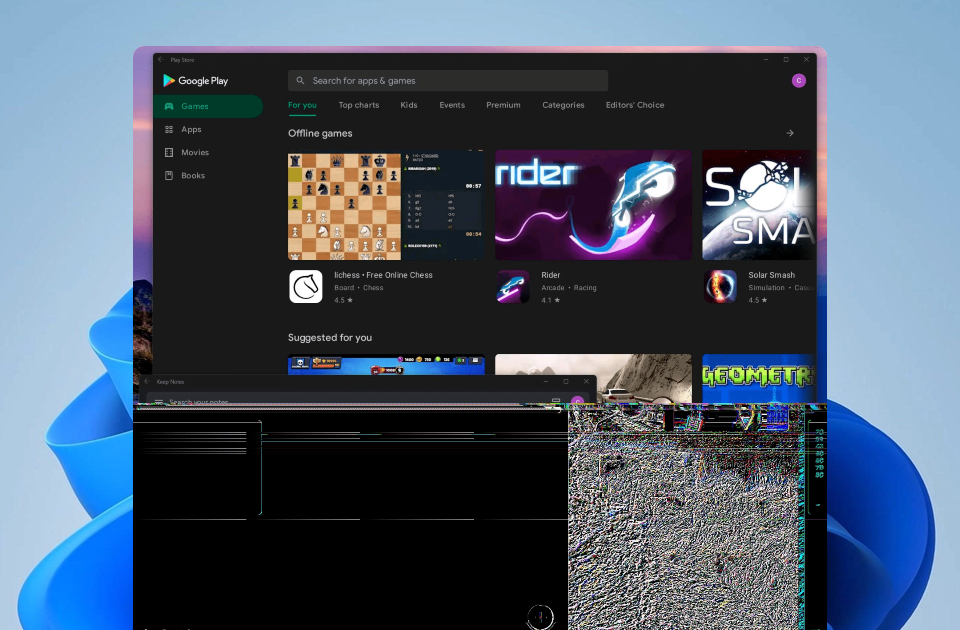 
Android Subsystem for Windows 11 is one of the biggest new features that was originally supposed to come on October 5. It turns out that Microsoft needs more time to test the subsystem and it has started rolling out the feature to Insiders, but a simple trick now lets you sideload Android apps on Windows 11 without joining the beta channel.

The availability of Android apps on Windows 11 would be strongly dependent on the apps published in the Amazon Appstore, but you can sideload APKs or even run the Play Store.

The developer ADeltaX has now managed to unlock Google Play Store support by making changes to Windows Subsystem for Android. The Play Store hack, which is not beginner-friendly, allows support for both Google Play services and the Google Play store with sign-in support.
This approach could pave the way for installing any Android app on Windows 11 and Google Play services-based apps will also work. The script is hosted on GitHub, but it’s currently not beginner-friendly and it’s safer to stay away from the hack except you know exactly what you need to do.

Finally, run the following commands in the Ubuntu terminal:

Head to OpenGApps and create a package with the following configuration:

In the Ubuntu terminal, run the following command

The above command will download the necessary files to run the WSAGA script. In the command, WSL would follow the same path as Windows after /mnt/, but make sure the drive letter is correct. For example, /mnt/c/users would be the c:users folder.

After running the above commands, run executable permission for the scripts

Now change the root directory in VARIABLES.sh using the command “pwd” and note down the output. Run the following command where VARIABLES would be the output of the previous command (pwd):

And finally, run the following commands:

To copy the modified WSA image, run the following command:

If you followed the above steps correctly, you should be able to register the modified image. To do register, enable developer mode in WSA and run Add-AppxPackage -Register path-to-extracted-msixAppxManifest.xml

Windows Subsystem for Android will now install the required apps and files for Play Store. To signin with your Google account, copy the kernel file from Github and replace the kernel file inside the tools folder of the extracted msix (WSA should not be running in the background).

Once done, enter adb shell and run the following command

Although the instructions are available, it’s not for beginners and it’s better to wait for a third-party tool to automate the entire process.

Microsoft is officially working with Amazon to improve Android apps support on Windows 11, but there’s no ETA as to when Amazon could bring more apps to the desktop OS.