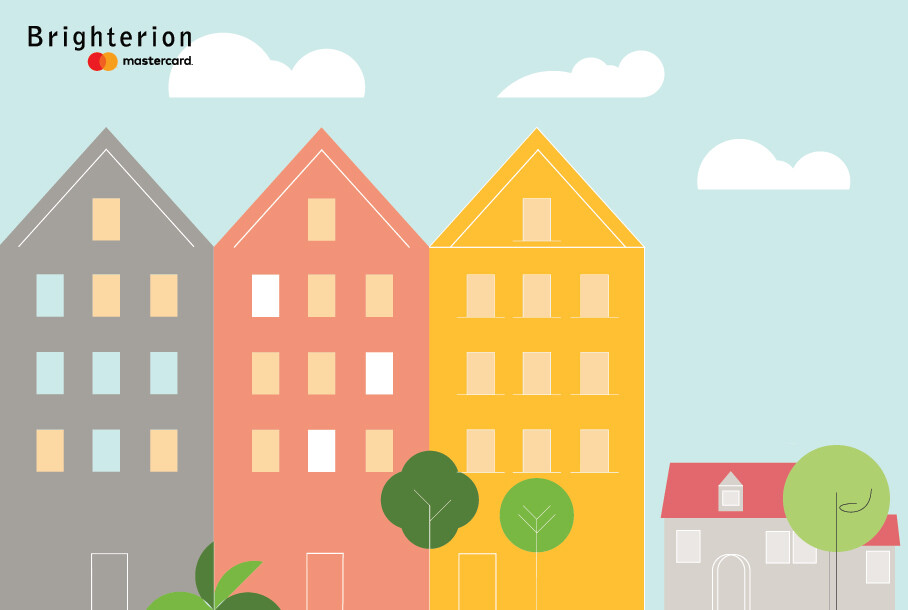 U.S. household debt is almost $15 trillion and two-thirds of that is mortgage debt. Pandemic-related unemployment, high inflation and natural disasters increase lenders’ credit risk as the deadline to end mortgage forbearance nears. With two million household mortgages in forbearance resulting from pandemic relief, plus a rising number of originations, it is increasingly important to deploy technology that monitors credit risk and predicts delinquency in advance. 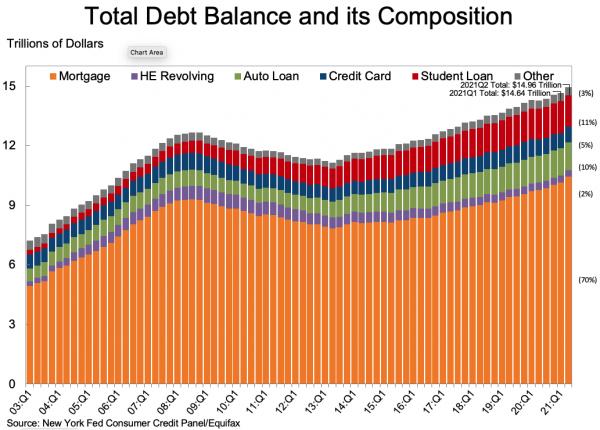 The Federal Reserve Bank of New York’s (NY Fed) Center for Microeconomic Data released its Q2 2021 Quarterly Report on Household Debt and Credit on August 4th, 2021. Delinquency numbers are the lowest they’ve been since 2006, but household debt has risen to an all-time high. The NY Fed report shows that total consumer debt increased by $313 billion (2.1%) to $14.96 trillion between Q1 and Q2 2021. U.S. household debt is now $812 billion higher than at the end of 2019.

Credit card debt, which had declined over the previous two quarters, likely as a result of borrowers applying COVID relief funds, increased by $17 billion in Q2, according to the NY Fed report. The largest debt increase is seen in mortgages and auto loans.

Of the $1.22 trillion of newly originated mortgage debt in Q2, 71 percent was originated to borrowers with credit scores of 760 or higher, reported the NY Fed. It also reports that 8,100 people had new foreclosure actions added to their credit reports, the lowest number since the NY Fed began collecting data in 1999. Bear in mind, of course, that foreclosures are on hold due to the CARES Act and other legislative restrictions, and forbearance remains an option.

Black Knight reports that more than 1.55 million homeowners are 90 or more days past due on their mortgage payments, which they say is nearly four times that of pre-pandemic levels. States with the highest percentage of mortgages that are 90+ days delinquent are Mississippi (4.89%), Louisiana (4.59%), Hawaii (4.14%), Nevada (4.14%), and Maryland (4.08%).

Significantly, there are another two million borrowers in mortgage forbearance who are vulnerable to financial distress once forbearance programs come to an end (at the time of writing, September, 2021). One saving grace for some borrowers is that if they only applied for forbearance between July 1 and September 31, 2021, the term will be extended to March 2022, offering at least six months of relief.

Compound that with inflation. In June, the Consumer Price Index for U.S. goods and services revealed a 5.4 percent increase over 12 months, the greatest inflation increase since the housing market crash in 2008.

Beyond the pandemic: natural disasters

Liberty Economics, affiliated with the NY Fed, looks beyond the pandemic to evaluate mortgage delinquency. Analysts write that after the severe storms that hit Texas and neighboring states during winter 2021, many borrowers experienced substantial damage to their homes and forbearance rates increased.

Its analysts write that a state the size of Texas affects the forbearance rate for the United States overall. While there has been a steady decrease of the number of accounts in forbearance as the pandemic wanes—2.7 percent nationwide as of June 30, 2021—by including storm-related forbearances, the national rate is 3.3 percent.

Following this logic, the number is likely to rise with the devastation wrought by Hurricane Ida in Louisiana and Texas in August, the California wildfires and other natural disasters that leave homes uninhabitable. Between March 2020 and June 2021, more than 9 million mortgages were in forbearance at some point. By the end of June 2021, only 21 percent remained, although as noted, things seem to shift daily.

NY Fed data reveals that “borrowers living in the lowest income neighborhoods, comprise only 16 percent of the pool of outstanding mortgages but [held] 21 percent of the mortgages in forbearance at the end of June. This is consistent with the finding that uptake of mortgage forbearance is correlated with the mortgage origination credit score… Those borrowers remaining in forbearance are the borrowers that will be most likely to struggle when [forbearance] policies are lifted.”

After forbearance, then what?

A new rule by the Consumer Protection Branch dictates that lenders must work with borrowers exiting forbearance with the goal of fewer mortgages moving to foreclosure. Borrowers may be offered payment plans, extended terms, lump sum payments or other loss mitigation measures.

In addition to determining the appropriate measures for each customer, lenders must track various end dates, predict future delinquencies and prevent defaults that could eventually lead to foreclosures.

Financial institutions need to be agile, making judgements based on the information at hand. Will the borrower be in a position to resume payments when forbearance ends? How do they avoid moving files into default and bankruptcy? Which borrowers are the best risks for success and which need early intervention? What if lenders could predict the future based on the knowledge they have now? With the right technology, they can.

Brighterion’s AI monitors mortgage and other borrower accounts to provide highly predictive, real-time analysis that learns each customer’s behavior on an event basis. Lenders are flagged up to 90 days in advance if the borrower starts to show payment behaviors that could be warning signs of upcoming delinquency.

Brighterion AI for credit risk management is used widely around the world with some global customers reporting reduced losses of up to 32 percent.

While forbearance numbers continue to fluctuate in the U.S., lenders are looking to the latest economic data to help them predict outcomes. The data is readily available, but the analysis isn’t always straightforward. Advanced credit risk management tools help to remove some of the guesswork and enable financial institutions to reduce losses while having more time to improve customer service.

Learn more about Brighterion’s AI for credit risk management that increases accuracy at origination, prevents delinquency while helping with portfolio management, and optimizes the collections process.